4. Complete the following sentence:  During senior year of college, Steve told Whitney he had to work on Sunday evenings, even though this was a lie.  Sunday evenings Steve was actually…

seeing another one of Whitney’s sorority sisters on the side.

sneaking off to watch football at the bars with fraternity brothers.

learning to horseback ride in order to impress Whitney and her family during visits to NM.

5. What is Whitney’s biggest pet-peeve about Steve?

He leaves the toilet seat up in the middle of the night, causing Whitney to fall in when she goes to use it.

He is oblivious to his surroundings during a Redskins’ game, and refuses to move from his chair until the game is over.

He refuses to kill any bugs or spiders, and occasionally screamsat the sight of one.

Every year for Halloween, he suggests the same stupid costumes: they should dress up as each other.

6. What is Steve’s biggest pet-peeve about Whitney?

She always forgets to close doors, including cabinets, closets, and even the refrigerator.

She fills travel mugs with scorching hot tea or coffee to the brim, adds milk until it overflows, and spills it all over the counter and floor when she puts the top of the mug on.

She never screws caps onto containers or bottles completely, causing soda to go flat and dressing to go everywhere when Steve shakes the bottle.

She leaves gum wrappers everywhere, including his car, and chews a fresh piece every hour to “keep the flavor.”

7. After more than 3 years together, Whitney has at times caused some physical injury to Steve.  Some of these injuries took weeks to recover from.  What event led to the greatest lasting injury thus far?

Whitney promised to teach Steve to ski this past winter.  Once at the ski resort, Whitney enticed Steve to the “Double Black Diamond” ski lift by saying, “This way to the Bunny Slope!”

As a birthday gift, Whitney made breakfast-in-bed for Steve.  As the wonderful meal was brought in on a tray, the tray was set down lopsided on Steve’s lap, causing scalding, hot coffee to spill all over him.

As an alternative to using a razor to shave chest hair, Whitney suggested Steve use “Nair,” a product she stated she had “used all the time for swimming!” It was only after the severe chemical burn and bloody “sensitive chest areas” that Whitney read the label that clearly stated “leave on for no more than 15 seconds.” 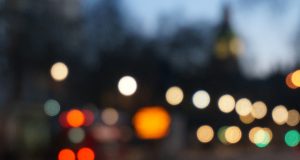